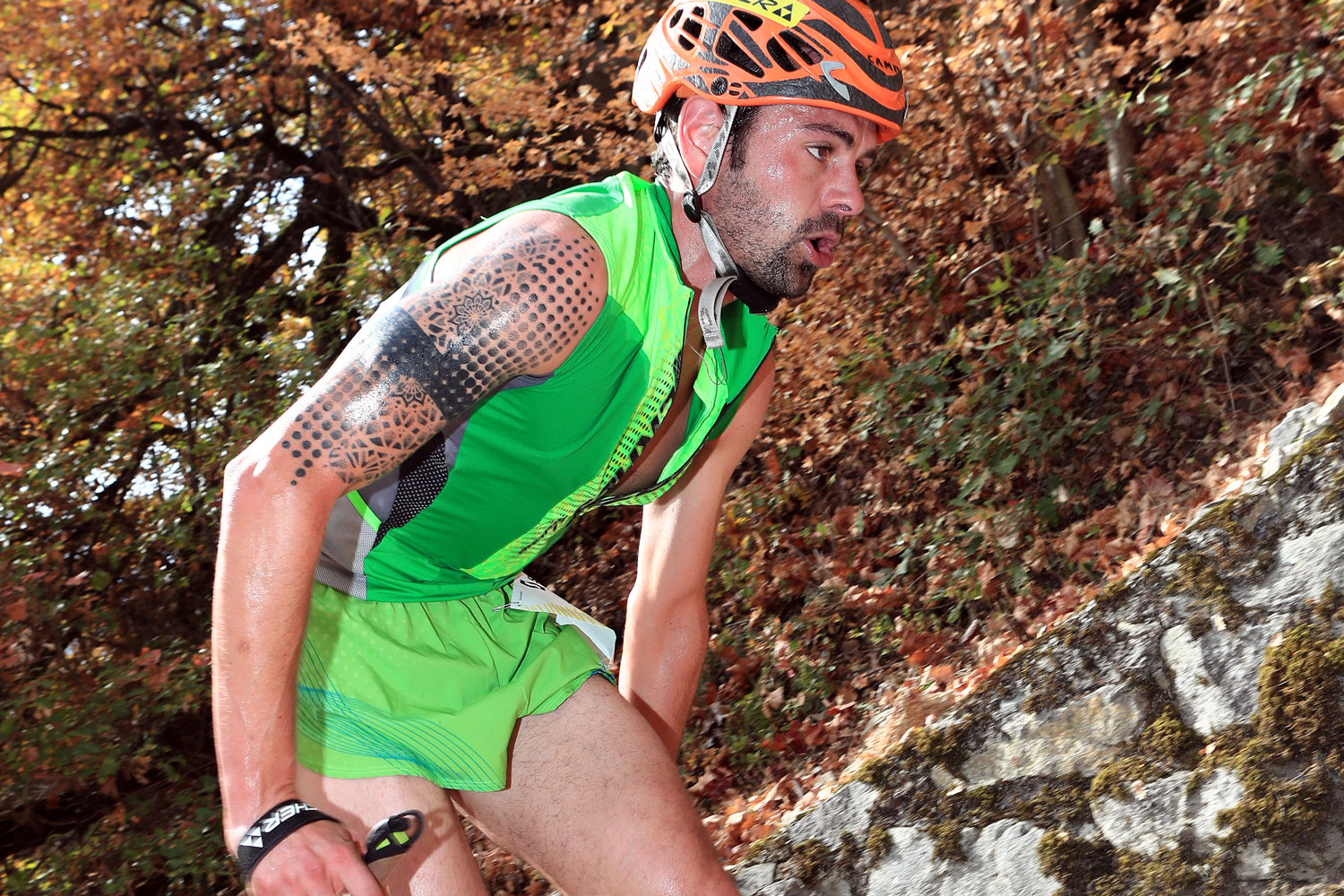 Italian Philip Goetsch on his way to the new world record at the Kilomètre Vertical® de Fully. ©Gérard Berthoud

The 2017 Vertical Kilometer® World Circuit closes with a new world record for the discipline at the Kilomètre Vertical® de Fully, Switzerland, Saturday, 21 October.

Italian Philip Goetsch sliced almost a full minute off the standing world record summiting the 1,000m lung-busting ascent in 28’53”. The course is 1,920m long and reaches an altitude of 1,500m.

Goetsch was climbing at a speed of 2,077m/h – the fastest recorded time – ever. The previous record of 29’42” was set on the same course by fellow countryman Urban Zemmer in 2014. 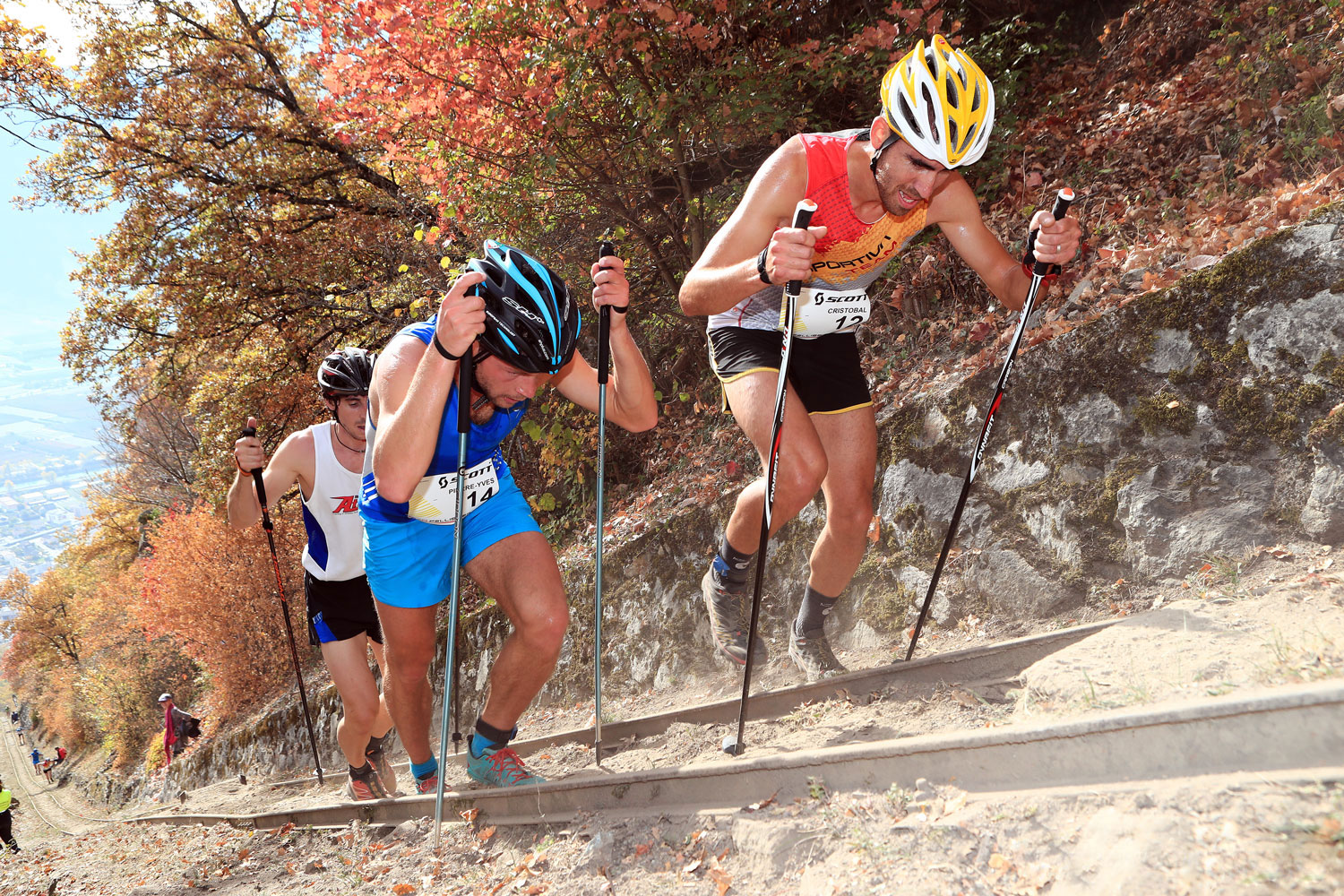 Thomas Terrettaz from Switzerland was second in 30’34” and Italian Davide Magnini, third in 30’37”.

“It was the greatest race of my entire life. I got the world record in 1,000m uphill and the time 28’53” was just incredible,” said Goetsch. “I always thought of this world record and here in Fully we have the perfect track… and yes, I came to break the record!”

Götsch competed in, and won, only the last two races of the circuit which awarded an extra 20% points at yesterday’s final, placing him 15th on the ranking. 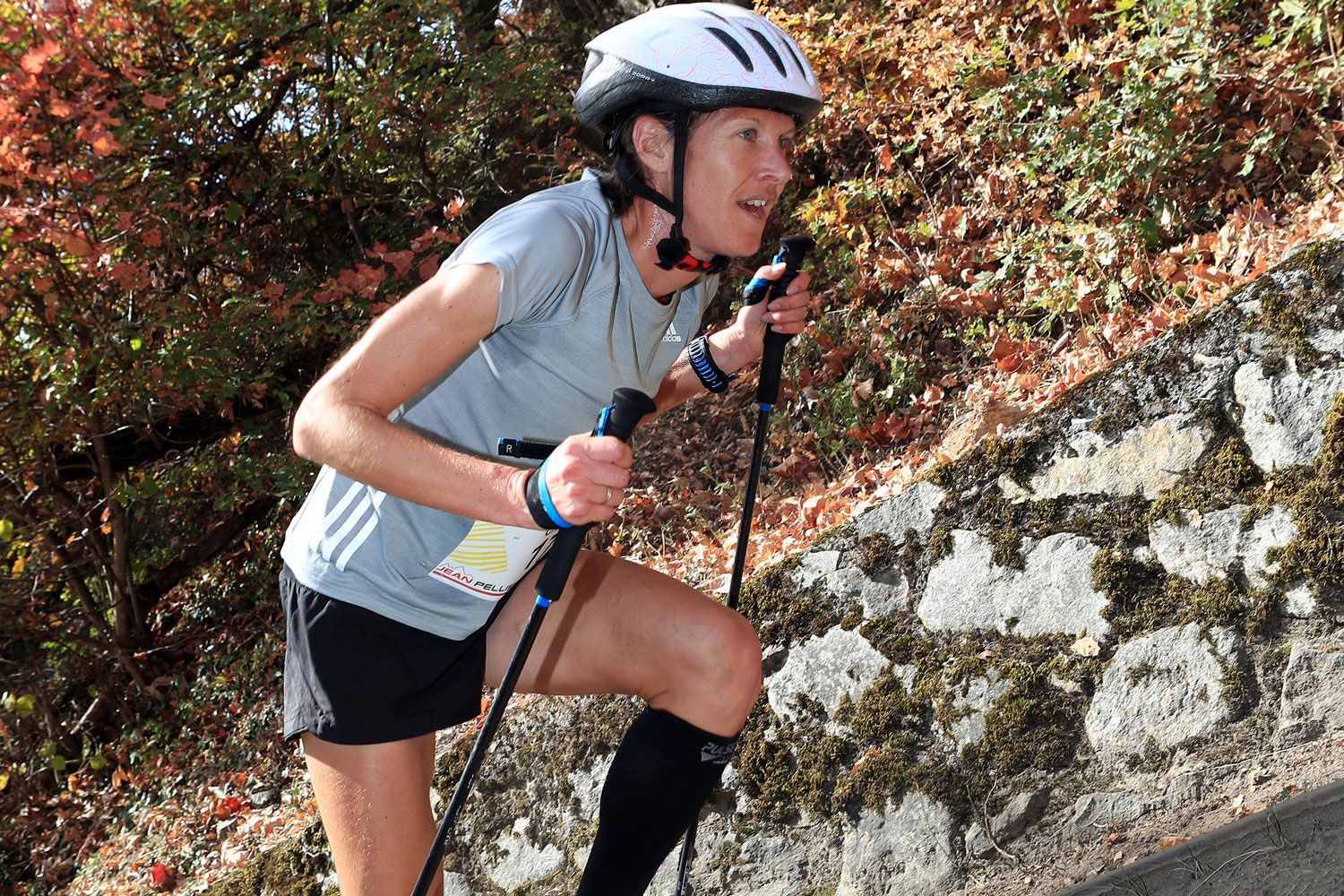 After a four-month suspension for doping, Dewalle commented, “After what happened last year, I had things to prove. I was more than motivated! Today I wanted to go faster. I’m determined to come back next year and beat my record. I feel that I have something to finish, it’s a goal!”

In second place was Victoria Kreuzer from Switzerland in 37’37” and Jessica Pardin from France in 38’16”. A total of 648 competitors took part. 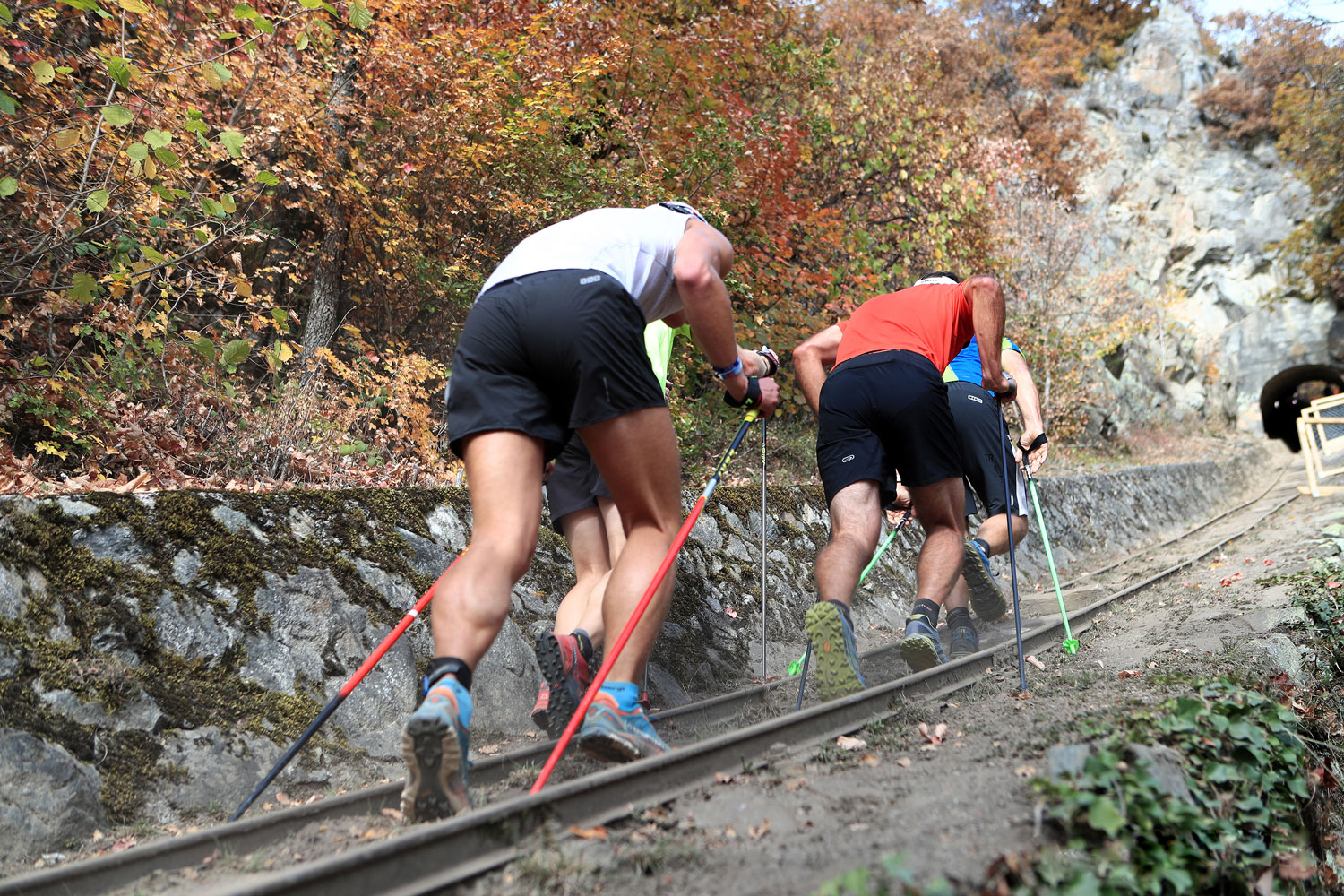 The scoring is based on the six best results out of 17 races. Orgué, who placed fourth here, came out on top with 554 points with a very small margin over Kreuzer.

“First, I’m really happy although not sure if I really deserve it more than Victoria because the final result was so close. I think I had a good season but not at the end,” said Orgué.

“This will be the first winter I’m not racing so I can take time to recover well. This year I did the races I knew. Next year is a good motivation to try some new ones!” she added.

Angermund-Vik won four of the races outright and placed third in two other races totaling 556 points. 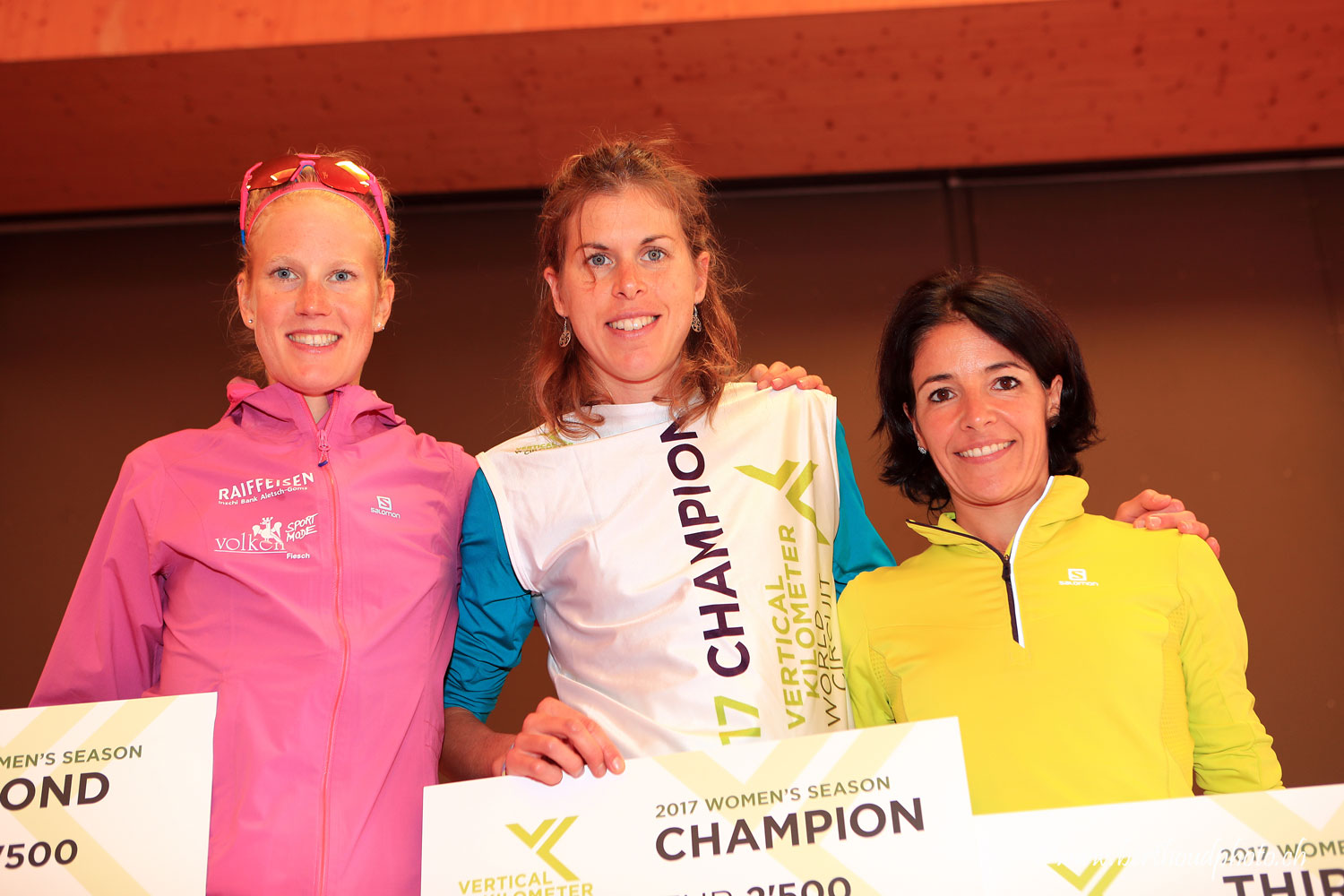 The circuit awarded an end of season bonus pool of €10,000 to the top three men and women.

The 2017 Vertical Kilometer® World Circuit, a spin-off of the Skyrunner® World Series, was launched earlier this year to showcase 17 races in eight countries.

The 2018 calendar is in the works and anticipation mounts for an imminent announcement.